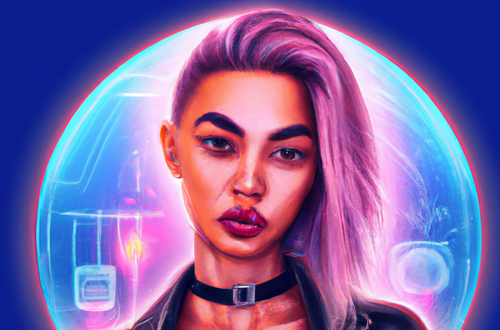 Morning, folks. I have a busy week at work ahead, so I figured I'd take advantage of a quiet Sunday morning to scribble up the next devlog. Off we go!

As I've made some changes to the core rules (see below), I've been doing some editing on the character creation rule I've already uploaded. I've slimmed things down a bit, fixed a slew of typos, and some glaring errors I'd not picked up on (such as the Childhood Events table missing five entries! Yes...that one on the main page...oops) There's a bit of new AI art in there as well, mainly to help space out the text where I've cut it down. I'll get the updated PDF uploaded over the next week, so keep an eye out.

It seems odd to be talking about rules when I've not yet uploaded the main part of the rulebook, so bear with me!

The first incarnation of PERIHELION used a D10 dice pool mechanic. Without going into too much depth, this meant that a typical ability check would involve rolling Attribute + Skill + modifiers dice in an opposed roll, and counting 6+ as success (so, a 50% chance of a success on each die). Margin of Success (MoS) was determined by the difference in successes between the character and the GM (or Margin of Failure if they lost). Even a brand new character could be rolling 10 dice: 5 Attribute dice, + 5 Skill dice, before taking into account modifiers. There are a couple of things here:

Instead of a dice pool, I've switched the core dice mechanic to good-old 1D10 + Attribute + Skill. The probabilities are a little different, but this has the benefit of speeding up dice slinging and being much more intuitive to players. Taking the examples above, 1D10 + 5 + 5 is going to average 15.5, whereas 1D10 + 3 + 3 is going to average 11.5, meaning the MoS has jumped from 2 to 4. The changes have meant a lot of editing changes and a few tweaks to difficulties (which are used when a roll isn't opposed by an NPC), however most things have remained very much the same. Instead of +2 dice to the pool for a particular modifier, it's +2 to the roll instead. Simple.

Editing continues at a reasonable pace but is subject to spare time, lack of brain fog and other factors. I've changed some of the rulebook formatting (for example, I show tables explaining how to interpret the success of specific ability checks in the sidebar) and I'm shuffling some stuff around, but primarily it's fixing typos and cutting back on my overly verbose language to make things read better.

Anyway, that's it for now! Enjoy Samhain/Día de los Muertos/Hallowe'en and I'll catch you next month!